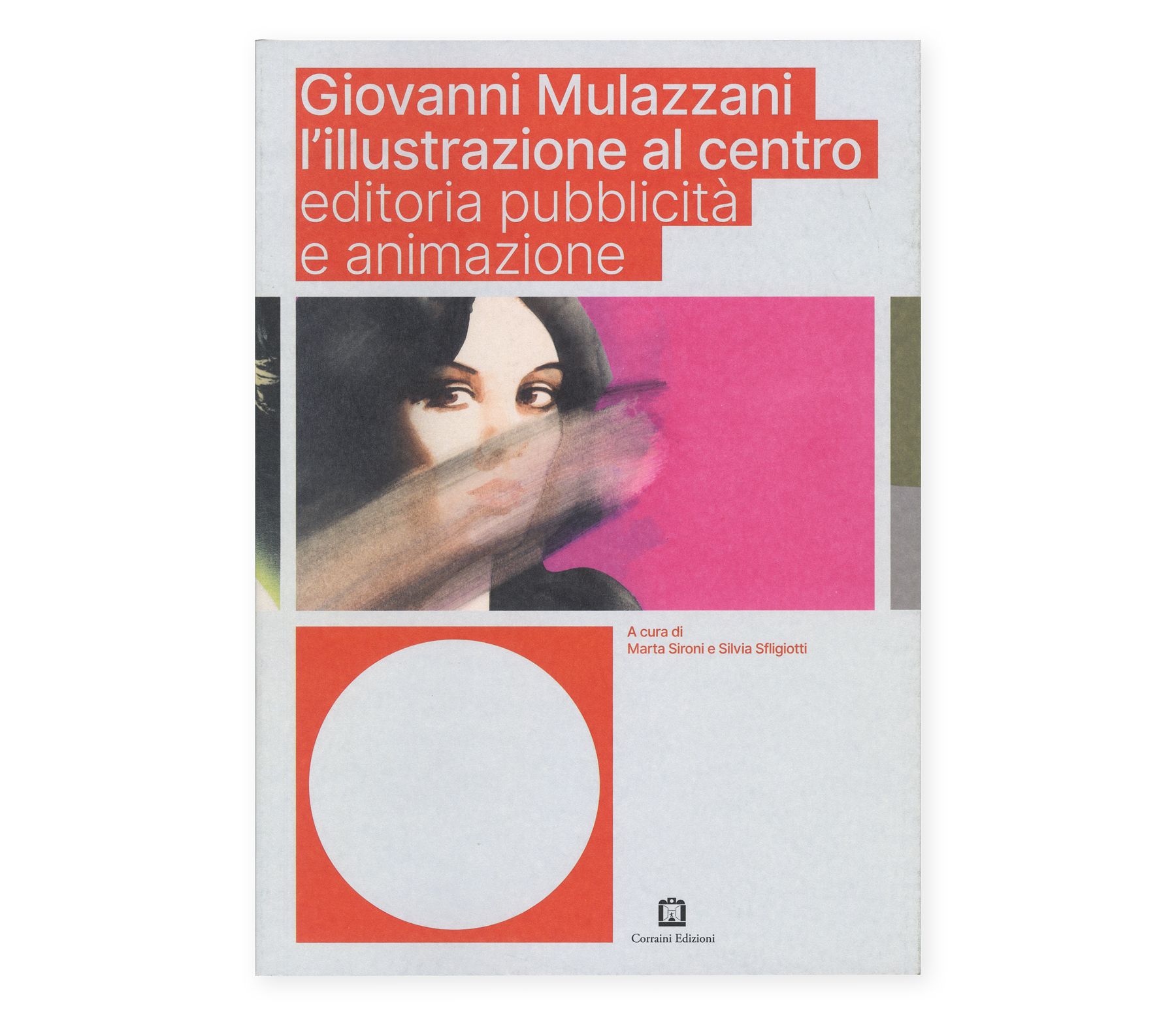 A pivotal figure for Italian illustration, over his fifty years in the profession, Giovanni Mulazzani (1941-2011) has been involved in an extremely important period for animated films and has created memorable images for publishing and advertising, bringing not only a highly skilled and aware eye and hand to work, but also the ability to fully convey the tastes and customs of the five decades he has experienced. The book Giovanni Mulazzani. L’illustrazione al centro, edited by Marta Sironi and Silvia Sfligiotti, seeks to reflect the breadth, variety and depth of his work.

Mulazzani’s work is presented in these pages through a chronological narrative and a rich set of images, accompanied by the testimonies from other protagonists who have worked with him: including Bruno Bozzetto, Michel Fuzellier, Giorgio Ghisolfi, Libero Gozzini, Italo Lupi, Guido Scarabottolo, Fritz Tschirren and Gianluigi Toccafondo. This book offers not only a glimpse of an artist who has left his mark on Italian visual communication, but also a view of a period of Italian graphics that is perhaps less well known, one that – especially between the 1970s and 1980s – gave a lot of space to illustration.

The book is published in conjunction with the exhibition of the same name held at Casa Raffaello as part of the Festival Urbino e le Città del Libro, from 18 May to 23 June 2019, the result of a didactic-workshop project carried out over two years with students from ISIA Urbino, coordinated by Marta Sironi and Silvia Sfligiotti.