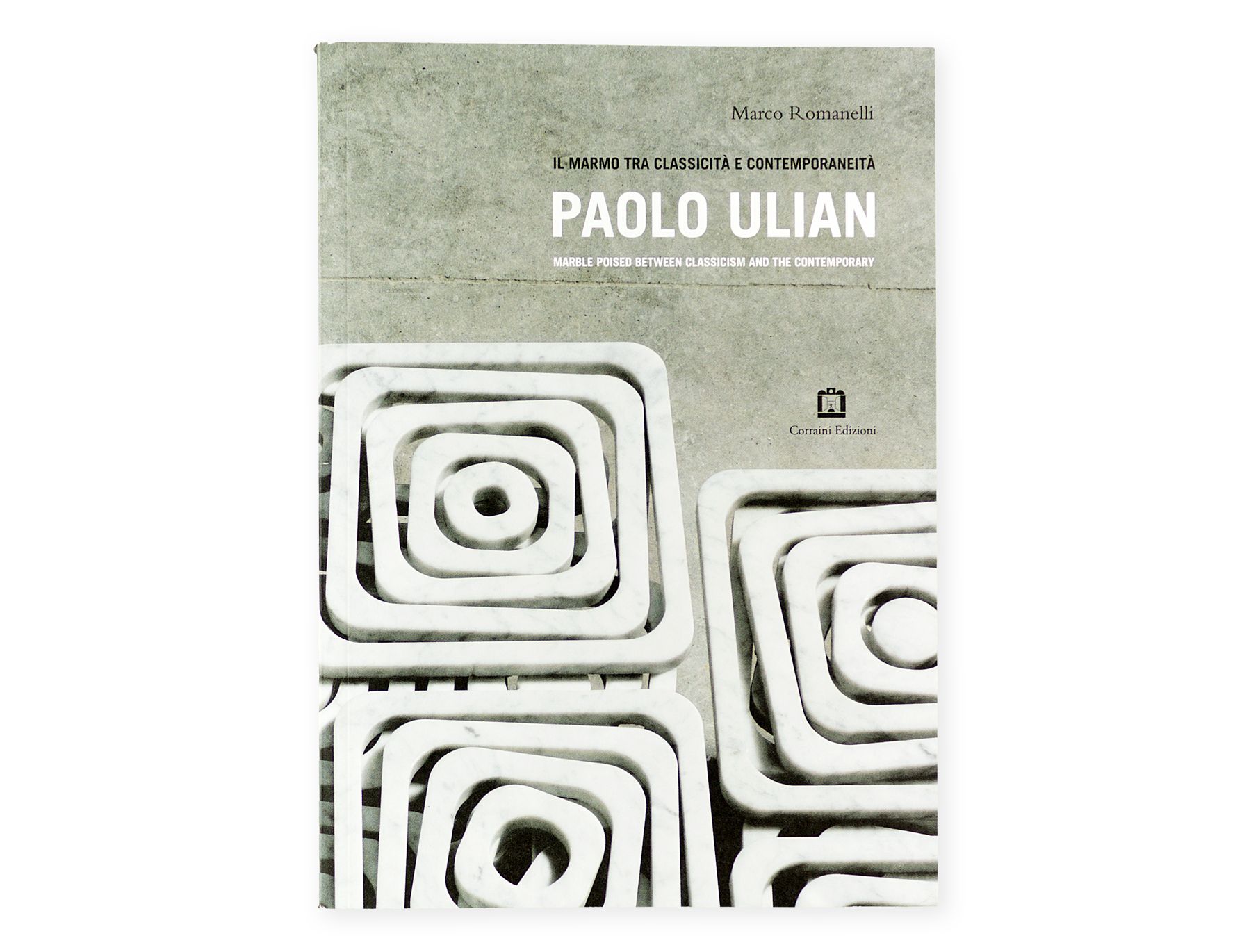 Marble poised between classicism and the contemporary: Paolo Ulian

The book contains a collection of marble works by Paolo Ulian - from his earliest studies in 1992 to his most recent projects, launched to coincide with the 2011 Milan International Furniture Fair.

The objects that appear in the book are conceived, designed and made of marble.  Thanks to a process developed in the late Sixties which enables the work to be semi processed, this inflexible “heavy” material can be used to create a lighter and more flexible formal language. His careful reuse of discarded marble and optimization of production processes reveal Ulian’s design method, both ethical and aesthetic at the same time. There is no waste and every mark and sign can be justified.

Included among the sixteen designs, the “Concentrico” table is made up of square rings obtained from water-jet cut marble slabs, so there is no waste; the “Numerica” bookcase combines units overlapped to form Roman numerals; the “Brecciato” table is a made out of one large single slab broken inside into four fragments that can be recomposed to close the crevice.  The book ends with a biography and an essential bibliography of Paolo Ulian.  The exhibition “Il marmo tra classicità e contemporaneità. Paolo Ulian”, promoted by Le Fablier, is on display from 11th to 17th April 2011 at the Gallery Il Castello in Milan