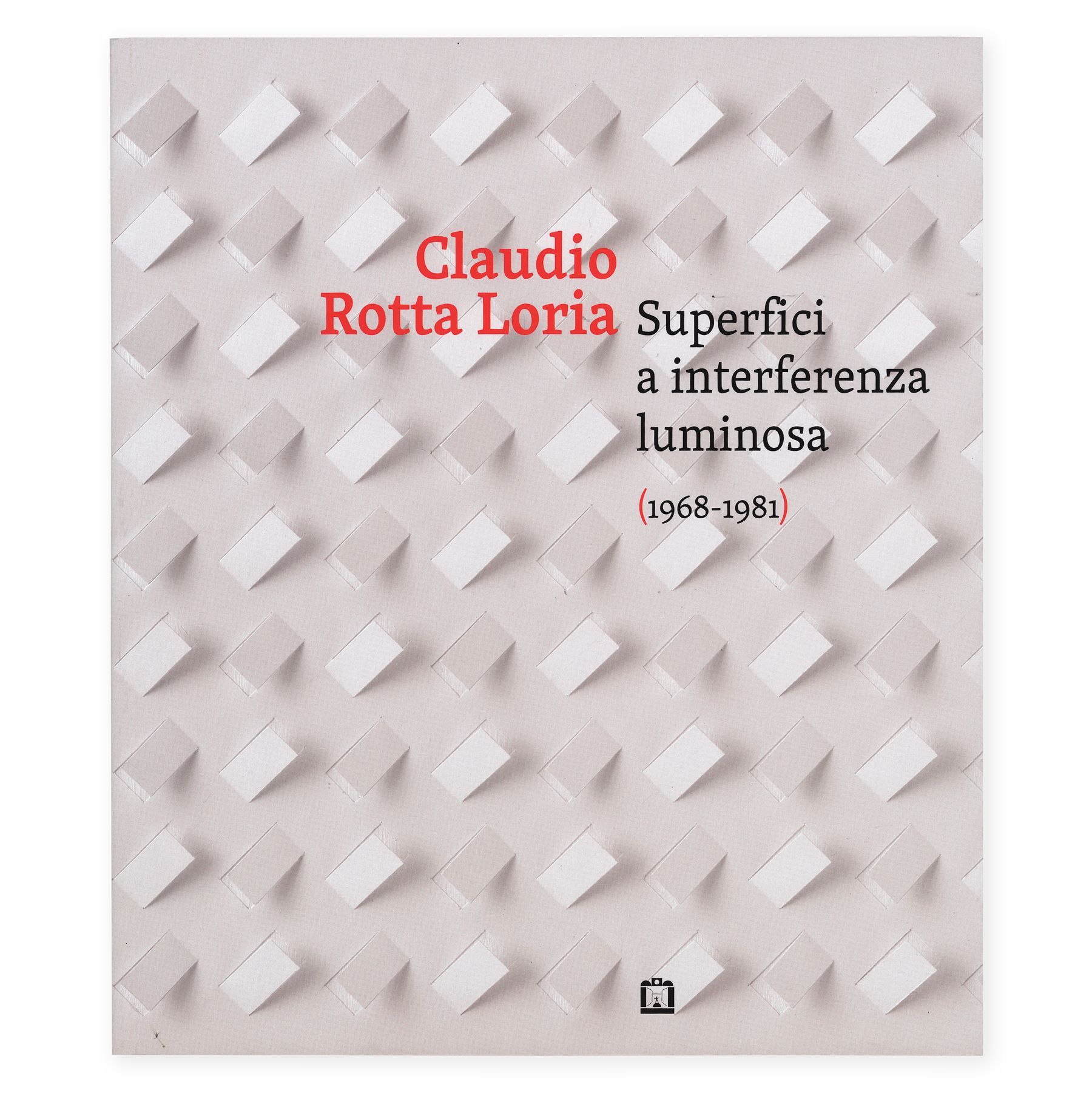 An artist who especially focuses on site-specific installations, Rotta Loria’s research is based on cycles of related and experimental works; at the same time his research has preserved the unitary nature of a total project crossed by a constant process of synthesis, and by the effort to integrate the languages of art and science, inspired by the spatial concepts of “other” cultures, thus valorizing the dynamism and interaction between the public and the artwork. The artist’s experimental activity focuses on two dialectical poles: progetvisual, programmed, and kinetic structurality, and the poetic value of geometry, inspired by minimalisms of perceptive and sensory stimulus. The works derived from this are characterized by constant spatial and objective implications, which provides us with a key to all the artist’s work to date.

Claudio Rotta Loria. Superfici a interferenza luminosa (1968-1981), by Martina Corgnati, edited by Francesca F. Pregnolato, represents a comprehensive overview on the Piedmontese artist’s research and work during this period. With the intent of bringing out the underlying tensions and constants of his work, the first part of the book covers some of the major cycles that marked Rotta Loria's work in the given period: from the Superfici interattive (1968) and the Griglie ambigue (1970) to the Rotazione di quadrati (1969), and the photo series Per un’indagine etno-semiologica del gesto (1975-1981), before coming to the Superfici a interferenza luminosa, the body of work which is explored in the rich iconographic block that constitutes the central part of the book. The volume also features a comprehensive critical anthology, bringing together some of the most significant texts on Rotta Loria's work over the years, from writers such as Gillo Dorfles, Bruno Munari and Giorgio Di Genova.