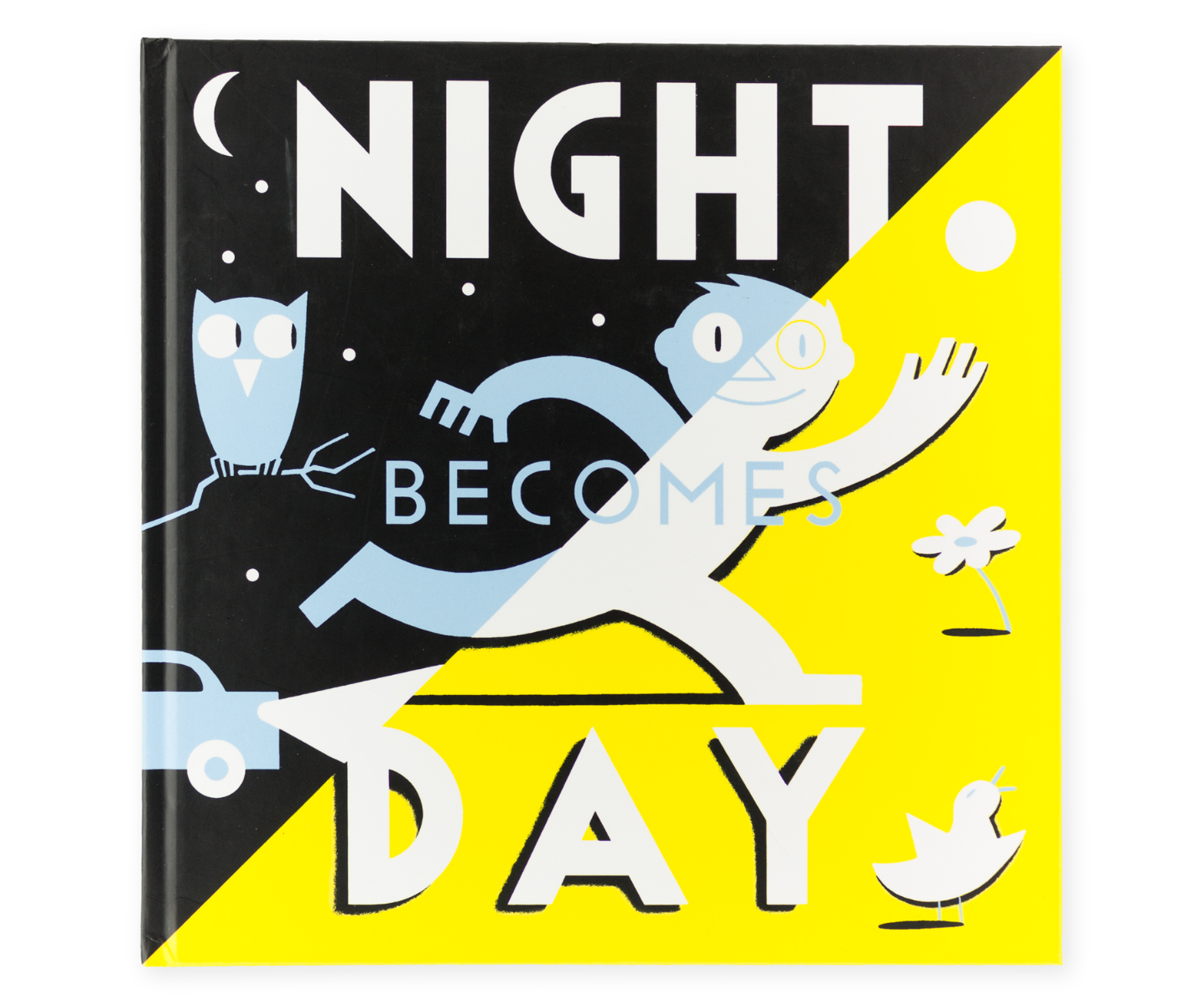 Night becomes day, and day becomes bright. Bright becomes sun, and sun becomes shine. Shine becomes sparkle, and sparkle becomes stream. Stream becomes river... (from the text) “Night becomes day” is a poetic journey through change, in which objects and sensations transform one into another following nature’s cyclic order in an atmosphere suspended between dawn and sunset. In fact, the alternation between night and day is the model for a series of metamorphosis of everyday situations and objects, often taken from natural and artificial world, till the final return to the starting point. Richard McGuire’s essential style is full of vivid and original transformations, imagined following dreams’ logic; the associations are always immediate and recognizable by all, children and adults. The illustrations are mainly with strong and defined colours, sharp contrasts and a few nuances, while the linear outlines accompany the musicality of the texts by creating the sense of constant movement as a background of the whole book. Richard McGuire was born in New Jersey, he lives and works in New York. After studies in the fields of music and art, he collaborates as illustrator and graphic designer with animation studios, movie productions and renowned magazines such as the New Yorker. He is author of several children’s books, and for our publishing company he already published “The orange book”.