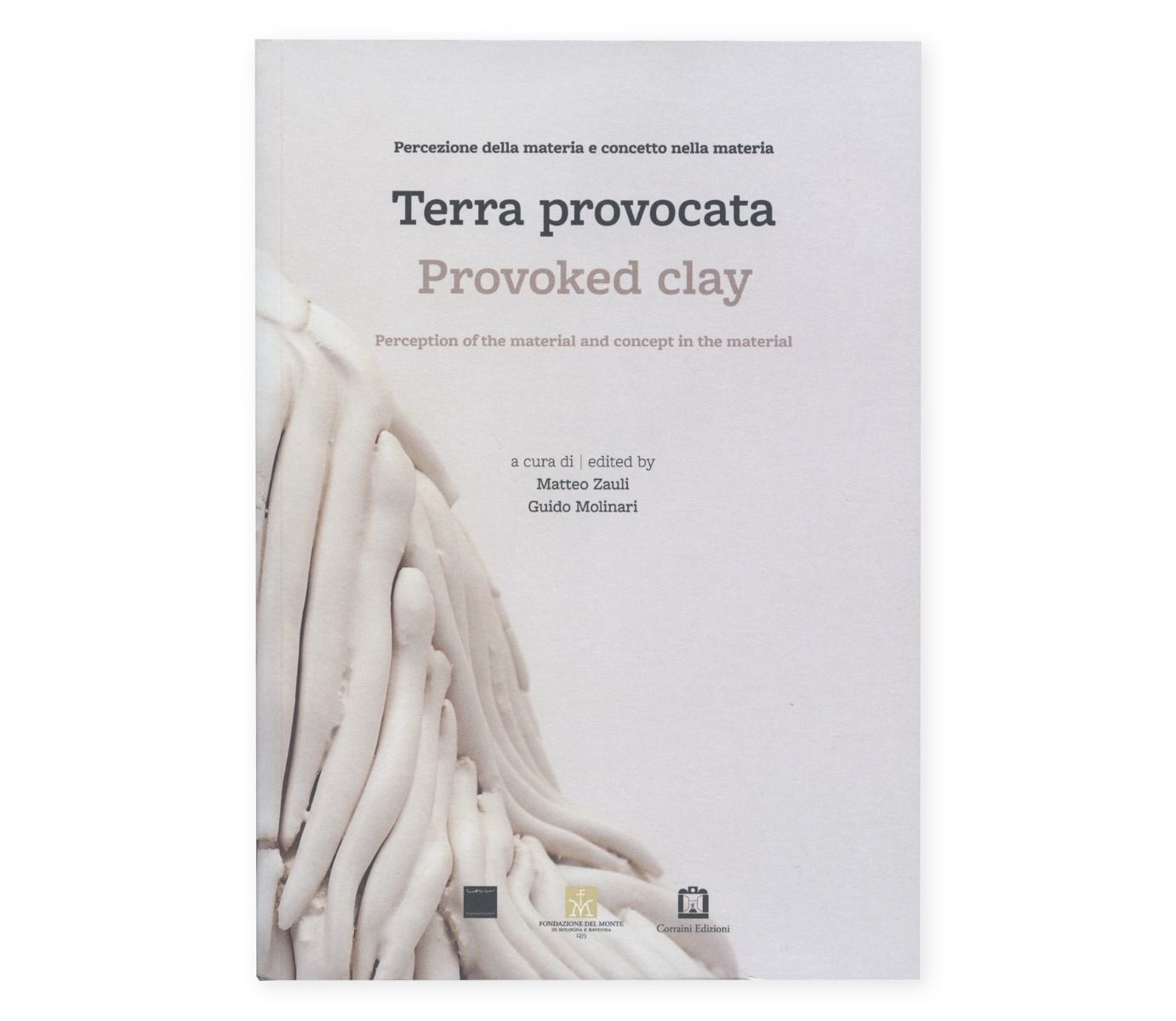 “There are two ways in which clay can be provoked: by artists who, born and raised in ceramics, have for the physical and conceptual boundaries from within, and by those from the outside who, against all prejudice, have raised it to a pure art material and have greatly contributed to the great attractiveness that everyone recognizes today.”

This book has material as its guideline: inside you will find works by the likes of Lucio Fontana, Alberto Garutti, Giacinto Cerone, Luigi Ontani, Daniel Silver and Ai Weiwei, as well as contributions from Carlo Zauli, Guido Molinari and Maura Pozzati. An analysis of experimentation in ceramics without focusing exclusively on formalisms nor through a choice of purely ceramic artists, but rather by moving freely and selecting works that show the elevation of the technique to an artistic material. Provoked Clay has been designed to mark the opening of the exhibition of the same name by the Fondazione del Monte di Bologna e Ravenna together with Istituzione Bologna Musei, Museo Civico Medievale di Bologna and Museo Carlo Zauli di Faenza, which will open along with Arte Fiera in Bologna at the exhibition space of the Fondazione del Monte and at the Museo Civico Medievale.

Ceramic as a material for artistic creation, free from artisan virtuosities and from being positioned among the minor arts. Production that becomes experimentation in works from Italian and international artists who have explored clay at some point in their research.