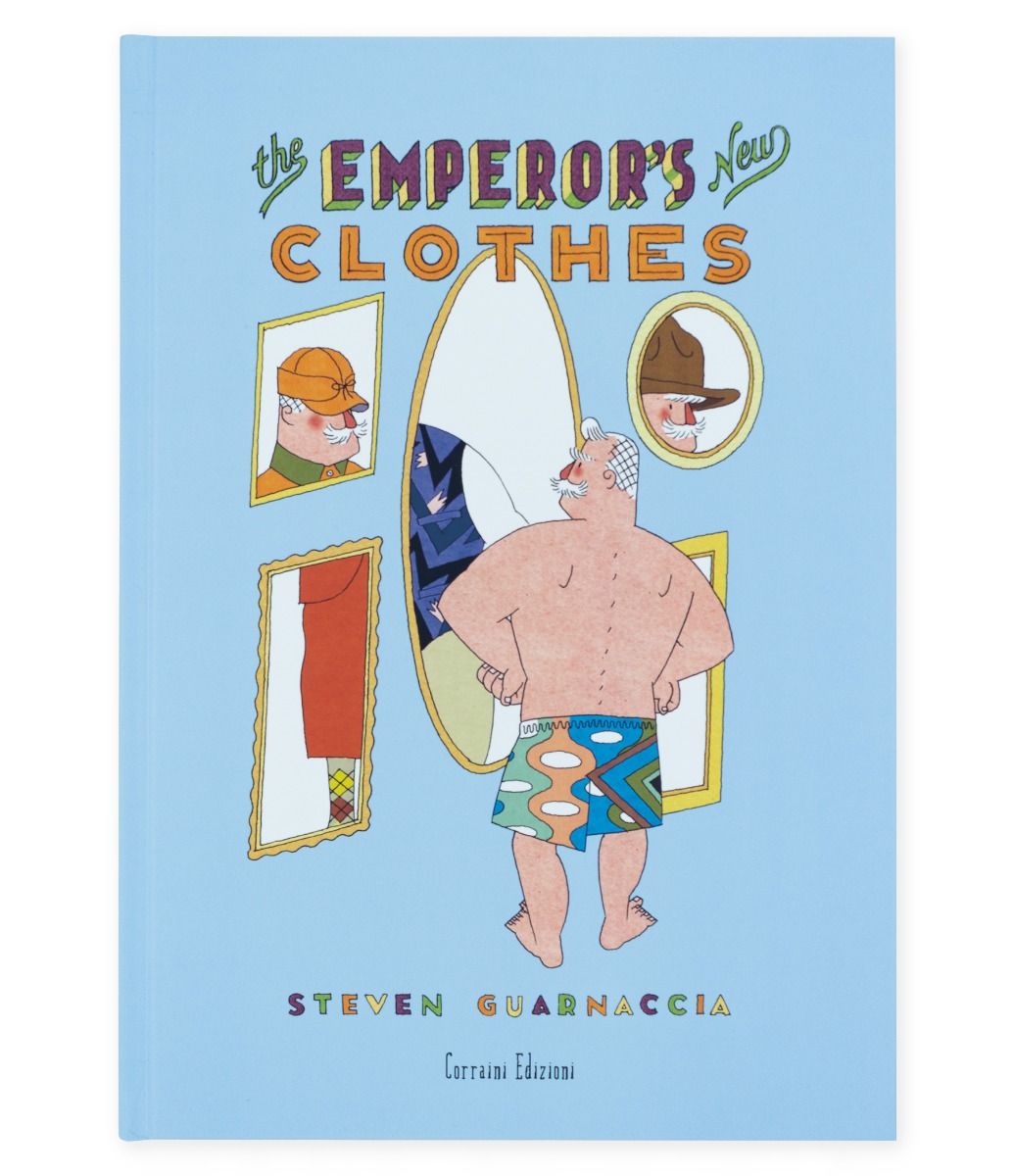 The Emperor has no clothes, but that's not the reason he is lacking in elegance! In his reinterpretation of I vestiti nuovi dell’imperatore<, Steven Guarnaccia adds and hides details and tributes to the great names in fashion among his illustrations and reminds us of the charm of the dandies of bygone days.

The Emperor and his courtiers interpret I vestiti nuovi dell’imperatore with garments that will remind more attentive readers of those worn by Mick Jagger and the Beatles in the 1960s and 1970s, men's shoes by famous English brands, hats worn by unforgettable crooners and boots like those worn by Elton John during his glittering career. What doesn't change, however, is the moral of the fairy tale: here too a child is the first to exclaim "The Emperor has no clothes!", forcing everyone, including the illustrious model, to admit that they were being mocked for their arrogance. Everything is illustrated with crisp lines and colorful drawings with the unmistakable style and vintage feel of Steven Guarnaccia.

Following The Three Little Pigs, a tribute to the world of architecture and design, Cinderella, in which the young protagonist dresses and wears real historical pieces of fashion from the last 100 years, and Goldilocks and the Three Bears, set in a house furnished with chairs, tables and chandeliers, but also spoons and wall clocks that is an exploration in the realm of interior design, Steven Guarnaccia returns with a new fairy tale reworked with illustrations that bring a touch of contemporaneity to a fairy tale for children that was created in 1837 by Hans Christian Andersen.