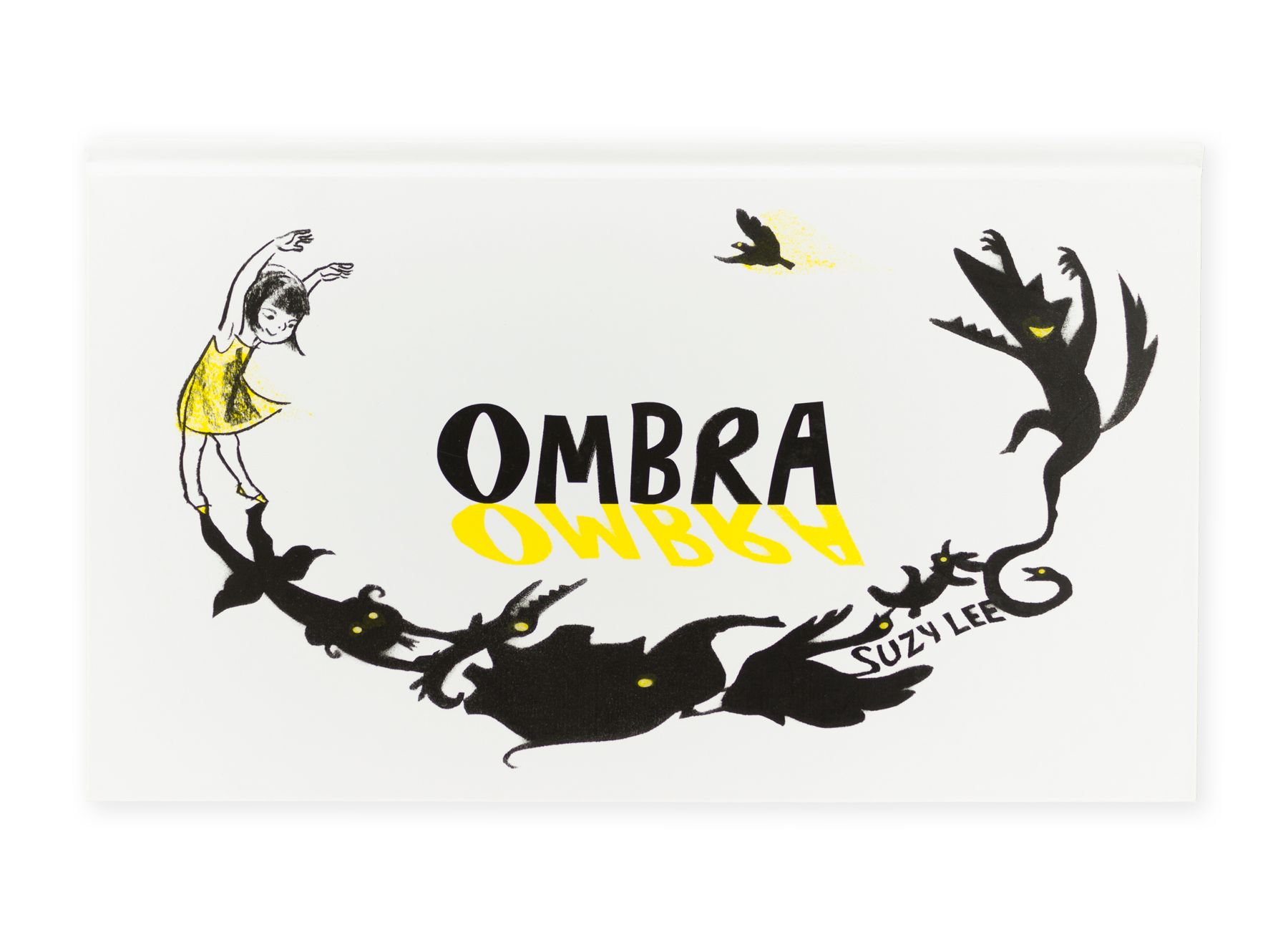 With a little help of imagination, a dark and desert cellar can become a thick and knotty jungle, full of curious plants and animals, sometimes quarrelsome but always ready to be involved in new fairy adventures. Suzy Lee’s illustrations – rendered in charcoal, pencil, watercolor, spray paint (lacquer) and digitally manipulated – accompany the reader in a new fresh visual experience, naturally simple and with an ironic and suspended end...

As for Mirror and L’Onda, in Ombra the tangible elements of the book as an object become part of the tale in itself: the central binding is not a mere constructive element of the book, but also the imaginary borderline between reality and phantasy. While Mirror’s story is developed in a vertical orientation and L’Onda has an album format, in Ombra Suzy Lee deals with the horizontal binding: a new personal boundary between reality and imagination.