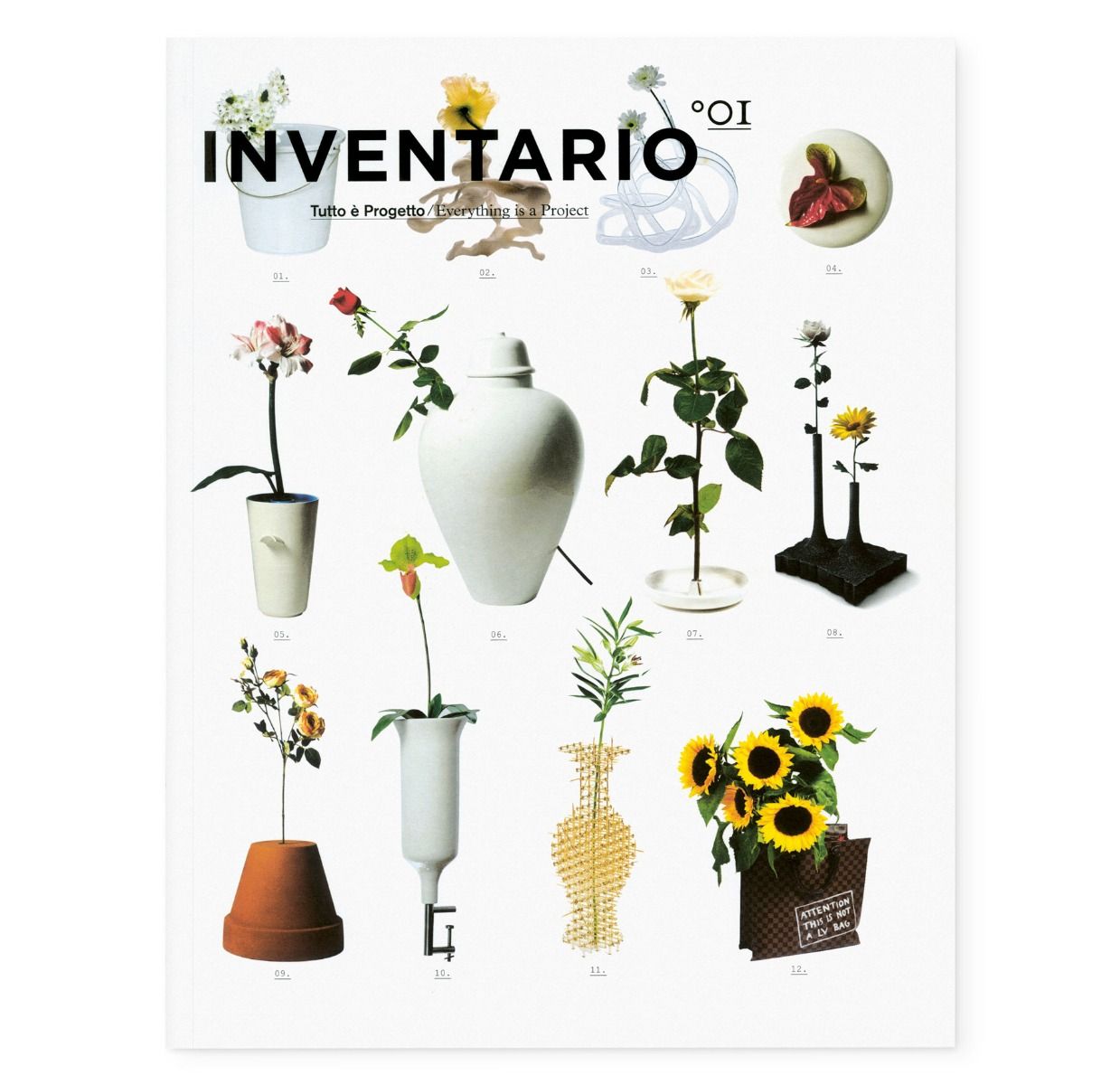 Inventario 01 | Everything is a Project

Every gesture and action, even the simplest, is a project. The key words in design – method and precision – can be seen in everything: an inventory is the most effective way of collecting, ordering and deciphering everything we encounter.

INVENTARIO is where this study finds a home, open to every form of expression and directed mainly at design. The concept is that of a series of independent books – taking the best of ideas from “book “ and “magazine” – where objects and thoughts flow through a number of regular columns: “boxes” to contain contents that are expressly sought and logically ordered. INVENTARIO describes the “project” from widely different points of view, shifting freely between different disciplines bound together by the concept of creation: “project” is an object, a work of art, a building or even a part of nature, the preparing of a special dish, organizing of a trip, the taking of a photograph or writing of a short story.

INVENTARIO is a new editorial initiative created and managed by Beppe Finessi, edited by Corraini, promoted and supported by Foscarini. INVENTARIO will be making its debut on 26 August 2010 at 6 pm at the premises of the Venice Biennale at Ca’ Giustinian as part of the 12th International Exhibition of Architecture.

INVENTARIO was selected in 2010 for the ADI DESIGN INDEX and won the Compasso d'Oro design award in 2014.

Filastrocche in cielo e in terra

TDM7: Italian design beyond the crisis
€50.00
Add to Wish List Add to Compare